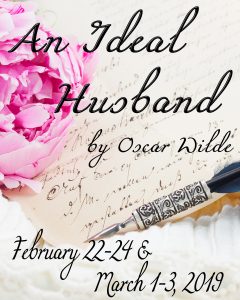 I realize this is after-the-fact, but I wanted to include our thoughts on this production here, for the edification of other theaters who may want to produce this work.

Oscar Wilde (1854-1900) was an Irish-born poet, novelist and playwright, best known for his daring psychological thriller/morality tale, The Picture of Dorian Gray, and his hilarious but insubstantial comedy play, The Importance of Being Earnest.
Wilde is widely acknowledged to have had a genius intellect. He spoke and read several languages and took double first class honors at Oxford (roughly equivalent to earning two simultaneous bachelor’s degrees, magna cum laude). He read widely and deeply, and loved the Classics, especially Greek literature. He also exhibited a lifelong fascination with the Catholic Church, read the Bible and St. Augustine while in jail, and requested a priest to administer Last Rites on his death bed. END_OF_DOCUMENT_TOKEN_TO_BE_REPLACED